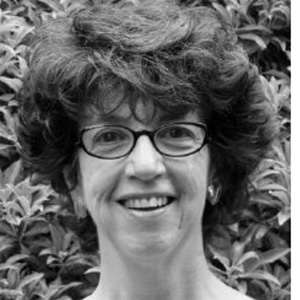 Office: Davison Hall, 139
Office Phone: 848-932-7804
Email: This email address is being protected from spambots. You need JavaScript enabled to view it.

Judith Gerson holds a joint appointment in the Departments of Sociology and Women’s and Gender Studies, and is an affiliate faculty in Jewish Studies. She regularly teaches courses in gender theory; interdisciplinary research methods; narrative analysis; and diaspora, trauma, and collective memory. She has taught in the Gender Studies Program at Utrecht University in the Netherlands and was a visiting scholar at the Center for Women’s and Gender Research (SKOK) at the University of Bergen, Norway. In 2012, she received an award from the School of Arts and Sciences at Rutgers for her distinguished contributions to undergraduate education.

Currently, she is completing a book manuscript tentatively titled, By Thanksgiving We Were Americans: German Jewish Refugees and Holocaust Memory. Focused on the forced emigration and resettlement of German Jews in the U.S. during World War II, the project relies on memoirs, interviews, and correspondence to examine how this group of refugees recalled, evaded, and forgot their past. She compares these personal testimonies to one another, the historiographic record, and to refugee aid organization documents to discern narrative patterns. She is the co-editor with Diane Wolf of Sociology Confronts the Holocaust: Memories and Identities in Jewish Diasporas (Duke University Press, 2007) and more recently has published on practices of masculinity among German Jewish immigrants, and on the relevance of gender theory in Jewish studies. A former research fellow at the Center for Advanced Holocaust Study at the U.S. Holocaust Memorial Museum (USHMM), in 2017 -2018, she was the Ina Levine Senior Invitational Scholar at the Mandel Center for Advanced Holocaust Study at the USHMM. In 2019, she co-taught the Silberman faculty seminar on Displacement, Migration, and the Holocaust at the USHMM. She regularly gives public lectures on collective memory and forgetting to various public gatherings of survivors of the Holocaust and their descendants.