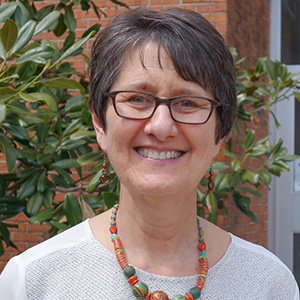 Office: Davison Hall, 111
Email: This email address is being protected from spambots. You need JavaScript enabled to view it.

Lauren Krivo is Professor of Sociology at Rutgers University and a faculty affiliate of the Program in Criminal Justice.  Her research seeks to understand the interconnections among societal racialized structures, changing social structural conditions, and inequality in crime, violence and other outcomes across racial and ethnic groups in the United States.  Her book with Ruth D. Peterson, Divergent Social Worlds: Neighborhood Crime and the Racial-Spatial Divide (Russell Sage 2010) shows that inequalities in crime across neighborhoods of distinct colors are rooted in the extraordinary differentials in community conditions that are core components of segregation within U.S. urban areas.

She is currently analyzing the second wave of the National Neighborhood Crime Study (NNCS2) which she collected with María B. Vélez and Christopher J. Lyons.  The NNCS2 provide the only national panel data on crime in neighborhoods across the United States.  The first articles from this project show (1) an increase in the relative crime gap between African American and other ethno-racial neighborhoods; and (2) unanticipated increases in violent and property crime in that are largely limited to a subset of Black neighborhoods. These changes are the products of racialized differences in neighborhood economic and housing instability leading up to and following the Great Recession.

She has published widely on the role of segregation in city and neighborhood crime as well as contributing to broader academic dialogue on race, ethnicity, crime, and justice through her co-edited volumes:  The Many Colors of Crime:  Inequalities of Race, Ethnicity and Crime in America (with Ruth D. Peterson and John Hagan, NYU Press 2006), “Race, Crime, and Justice: Contexts and Complexities”  The Annals of the American Academy of Political and Social Science, May 2009 (with Ruth D. Peterson), and “Color Matters: Race, Ethnicity, Crime, and Justice in Uncertain Times”, Du Bois Review: Social Science Research on Race, Spring 2018 (with Ruth D. Peterson and Kathryn Russell-Brown).

Krivo is the co-founder of the Racial Democracy, Crime and Justice Network (RDCJN) with Ruth D. Peterson.  The RDCJN is a national network of scholars that seeks to broaden scholarship at the intersection of race, crime, and justice, and promotes the success of junior scholars of color through its Summer Research Institute. The RDCJN is currently headed by Rod Brunson (Northeastern University) and Jody Miller (Rutgers University-Newark).

Krivo was the Principal Investigator for the National Science Foundation funded project “EAGER: Developing an Application for Assessing Respondent Experiences of Their Surroundings in Real Time” (SES-1520778) with co-PIs Zaire Dinzey-Flores, Janne Lindqvist, and Hana Shepherd. The software code developed in the project for an in-person tablet-based survey and an application for use on mobile devices (app) to collect GPS location data, ecological momentary assessment (EMA) surveys, and implicit association test (IAT) results is available at the following location:

NSF1520778, EAGER: Developing an Application for Assessing Respondent Experiences of Their Surroundings in Real Time