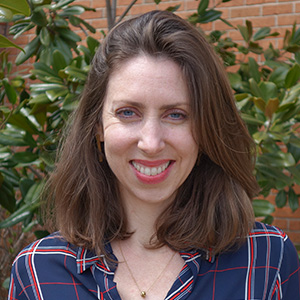 Office: Davison Hall, 037
Email: This email address is being protected from spambots. You need JavaScript enabled to view it.

Shepherd’s research examines how people perceive the social norms operating in their social groups, the effects of those perceptions on behavior, and how norm perceptions are shaped by social networks. She is interested in social norms as a central element of culture as they shape larger patterns of behavior in groups.

As part of this work, Shepherd co-directed a year-long field experiment in 56 middle schools in New Jersey. Evidence of the effect of the intervention program on students' perceived norms of social conflict and on student behavior can be found in the Proceedings of the National Academy of Sciences here. The program curriculum can be found here. Shepherd uses the dataset from this project (three types of network relations at two time points during the year for over 21,000 students) for a number of projects including the relationship between network structure and norm perceptions in schools, the adoption of different social media platforms (in Social Science Research with Jeff Lane), and the role of conflict in shaping social status in schools (with Laura Callejas).

Her new work examines the formation and effects of network ties among low-wage workers.

Shepherd uses tools from social and cognitive psychology, survey experiments, and other analytical methods to investigate the processes of culture and cognition. With Rutgers colleagues, she has studied the experiences of mobile segregation using implicit cognition measures.

Shepherd is co-PI with Janice Fine on a project funded by the Russell Sage Foundation examining how city agencies interpret and enforce local labor laws. She has also examined variation among organizations in how they implement new laws, using the case of schools and the NJ Anti-Bullying Bill of Rights. Her previous work in this area examines elites and foreign policy knowledge, racial discrimination, and classification in the World Bank.

Shepherd uses diverse methods including network analysis, lab and field-based experiments, interviews, and archival research. She is particularly interested in various attempts at social change including social engineering, social movements, utopian scheming, and policy. Prior to joining the department, Professor Shepherd was a postdoctoral associate and lecturer at the Woodrow Wilson School of Public and International Affairs and the Department of Psychology at Princeton University.