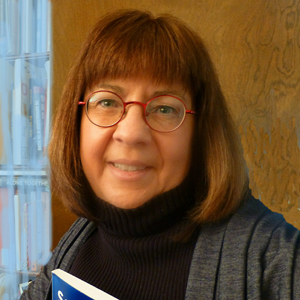 Office: Davison Hall, 130
Email: This email address is being protected from spambots. You need JavaScript enabled to view it.

Professor Cerulo's research addresses a variety of themes within the sociology of culture and cognition.

Much of Professor Cerulo's works explore the social foundations of symbol systems -- music, scent, verbal scripts, and visual images. Her research examines the ways in which social actors use such symbols to construct personal identity, collective identity, and the identity of eras, events, and places. Her work also charts the ways in which social factors -- i.e. the nature of social ties, the stability of social environments, power structures, economic systems of exchange, and technological innovations – help to shape the content, form, meaning, and effectiveness of symbols. She has just completed an article length piece entitled “Scents and Sensibility: Olfaction, Sense-making and Meaning Attribution” (published in the American Sociological Review). Here, she uses focus group data to understand the role played by neural, physical, and sociocultural elements when we process the messages contained in commercial perfume scents.

Professor Cerulo's writings are often noted for their contributions to the literature on measurement. She has developed a number of indicators designed to systematically capture verbal and non-verbal symbol structure. These measures render aural, olfactory, literary, and visual objects extremely accessible sources of social science data, amenable to all of the rigorous methods that are central to the social science tradition.

In recent years, Professor Cerulo has turned her attentions to the social and cultural foundations of cognitive concepts and schema. Her work pays special attention to the links between cultural sociology and cognitive neuroscience. She edited and contributed both to a special issue on this topic published in the journal Poetics (2010) and a special section published in Sociological Forum (December 2014).

Some of Professor Cerulo's work explores the conceptualization of the best and worst of people, places, objects and events. Her book Never Saw It Coming builds on theories and ideas forwarded by both cultural and cognitive sociologists. Professor Cerulo argues that the inability to envision and specify the worst is a sociocultural phenomenon. Indeed, in a broad array of social situations, she discovers that conceptions of the worst represent a gap in many cultures' shared frames of reference. The worst is a "blind spot" created by a variety of normative and patterned sociocultural practices – practices that, despite any single individual's intentions, keep the worst veiled and difficult to define. In her work, Professor Cerulo itemizes and unpacks these practices. She explores as well the ways in which certain elements of social structure may encourage this biased perspective. Finally, she considers the social consequences and pitfalls that masking the worst can exact. In so doing, she questions whether a more symmetrical view of quality is an achievable ... or a desirable social goal.

Spurred by some of the issues raised in Never Saw It Coming, Professor Cerulo has just started work on a book entitled Dreams of a Lifetime: Society, Culture and Our Wishful Imaginings (with Janet M. Ruane). The authors argue that dreams are thought to be matters of an individual's heart and mind. But in this book, the authors explore the sociocultural dimensions that organize and structure what Americans do (or do not) dream about, the ways in which they dream, variations in dreams according to one's social location, and when, if ever, people stop dreaming.

Professor Cerulo's articles appear in a wide variety of journals including the American Sociological Review, Social Forces, Social Psychology Quarterly, Sociological Methods and Research, Sociological Forum, Sociological Inquiry, Sociological Focus, Communication Research, Contemporary Sociology, Poetics, Social Science Research, Law and Policy, Science As Culture, and annuals and collections such as the Annual Review of Sociology, the Encyclopedia of Nationalism, the International Encyclopedia of the Social Sciences, the Handbook of Cultural Sociology, the Handbook of Social Theory, Research in Political Sociology, and the World Book Encyclopedia. She is the author of Never Saw It Coming: Cultural Challenges to Envisioning the Worst (University of Chicago Press, 2006), Deciphering Violence: The Cognitive Order of Right and Wrong (Routledge,1998), and Identity Designs: The Sights and Sounds of a Nation – winner of these Culture Section's "Best Book Award, 1996" (The Rose Book series of the ASA, Rutgers University Press,1995). She also co-authored Second Thoughts: Seeing Conventional Wisdom through the Sociological Eye (Sage, 2015), and edited a collection entitled Culture in Mind: Toward a Sociology of Culture and Cognition (Routledge, 2002).